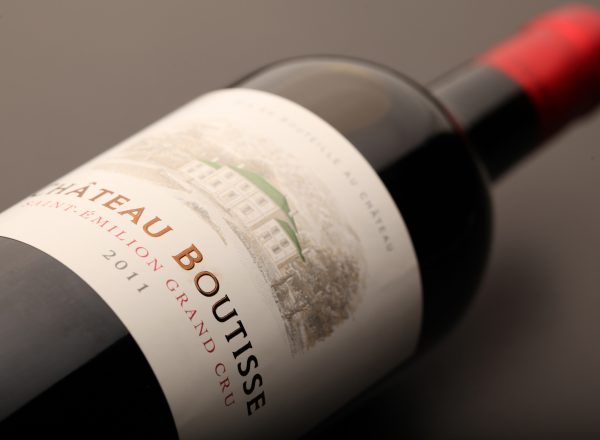 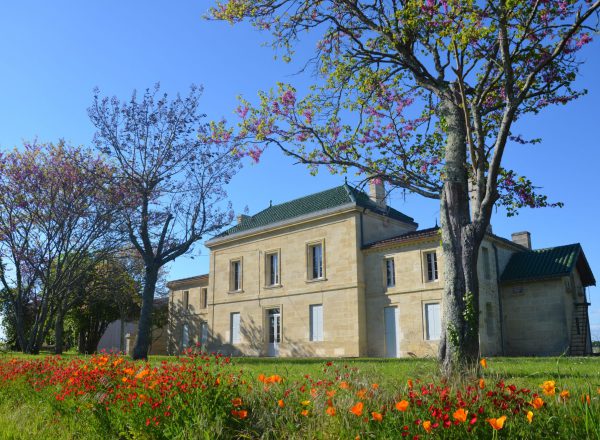 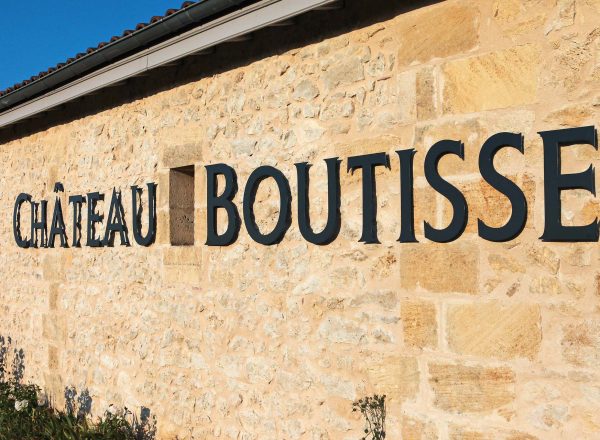 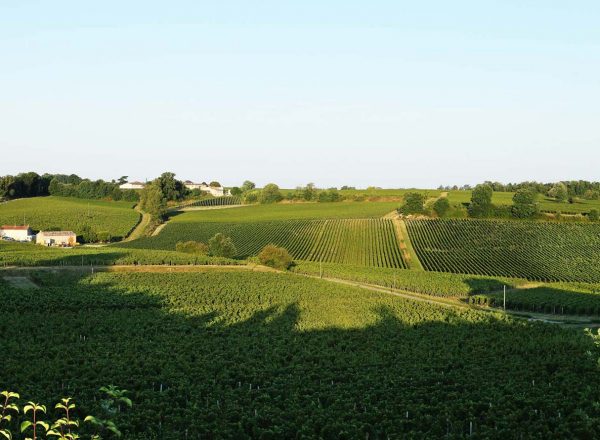 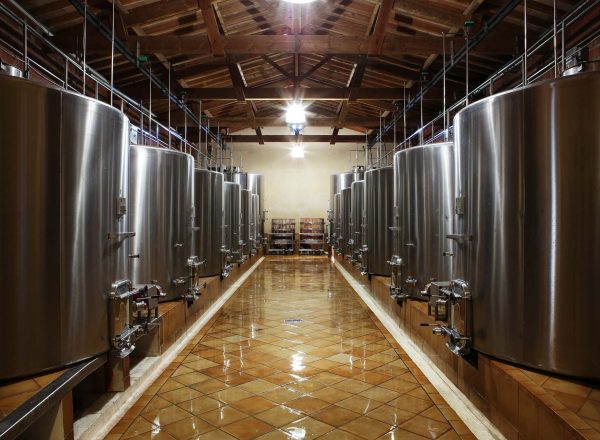 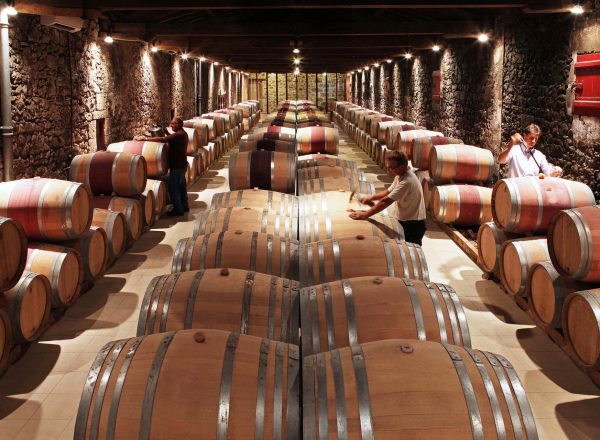 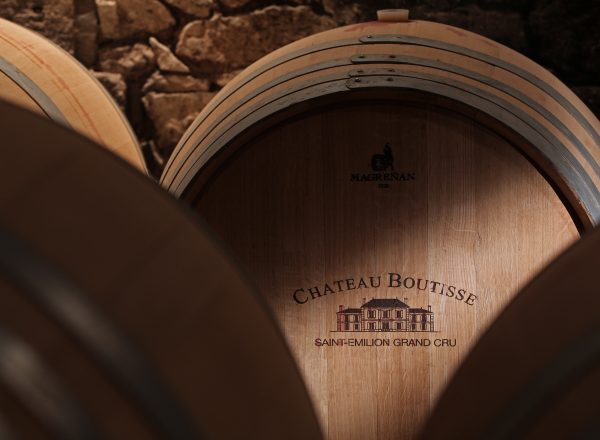 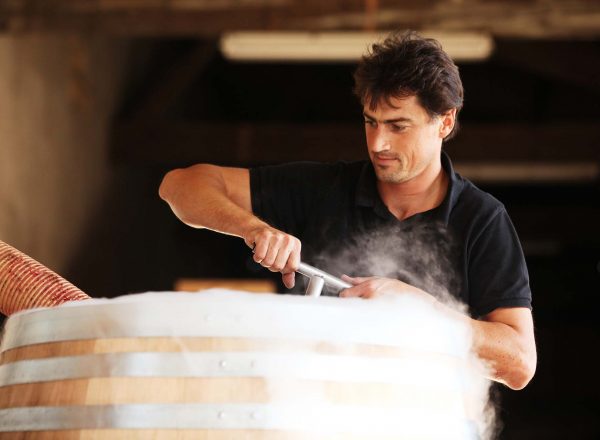 Purchased in 1996, the Milhade family have invested enormously in the vineyards and facilities at Boutisse and, above all, with their energy. Today Boutisse is no longer a surprise – dynamic young winemaker Marc Milhade has transformed this estate into an outstanding Saint-Emilion, with ripe, structured and engaging character.

Huge investments have been made into the vineyards since 1996, with several parcels of vines being completely replanted. When the soil was ripped and prepared for planting, large chunks of the recherché limestone were visible under the chalky clay topsoil. The vineyards enjoy an excellent southern exposure.

2015 was as close to a perfect vintage as one could envision in Bordeaux, with even temperatures and timely rainfall. All regions excelled, producing rich wines with ripe tannins and healthy acidities. At Château Boutisse, the Milhades succeeded in producing an exceptional Grand Vin, with great ripeness, super balance, and excellent length. The 2015 is the finest wine produced here since the Milhade family purchased the estate in 1997.

Relatively large for Saint-Emilion at 57 acres, Boutisse is planted largely with Merlot (88%) and the remainder Cabernet Sauvignon (10%) and Carmenere (1%). The estate is just at the eastern end of the fine limestone bedrock that underlies the very finest vineyards of Saint-Emilion, overlaid with clay-loam soils. The finesse and aromatic complexity from the limestone soils balance the energy and power brought by the clay soils.

Everything at the estate is orientated towards quality. After sorting, the grapes are gravity fed to small, temperature controlled stainless steel vats that are squat, in order to optimize cap to juice ratio and improve extraction. Underground concrete tanks allow run off by gravity. A part of the harvest is also fermented directly in 500 liter barrels. Natural yeasts trigger a prolonged fermentation, followed by a three week maceration for extraction of color, fruit and tannin. Malolactic fermentation takes place in new oak barrels in the adjacent cellars. Fining is done with egg whites and racking is done every 3 month until bottling after 12-15 months.

2016 was the biggest Bordeaux harvest in over a decade. Yielded ripe wines that are deep in color, with freshness and lift. 2016 St. Emilion did not get off to a good start with a wet, cloudy growing season and cool temperatures. In June, bright sunshine arrived and allowed flowering to take place. Summer continued with warm days and cool nights. Extreme dryness set in later in the summer, which began to take its toll on the vineyards with some young vines shutting down. Rain and cooler temperatures hit at JUST the right time in September, allowing the fruit to reach full maturity. In the end, the conditions couldn’t have been better for the 2016.

Deep garnet, with a nose rich in spices including cinnamon, cloves, star anise and nutmeg that open up to more aromas of mocha, grilled bread and caramel. On the palate the wine is full-bodied but velvety, with elegant tannins and a long finish.

Jeb Dunnuck - "From the eastern part of the appellation and firmer clay soils, the deeply colored 2016 Château Boutisse (85% Merlot, 10% Cabernet Franc, and 5% Carménère brought up in one-third new barrels) gives up a vibrant bouquet of blueberries, jammy black cherries, graphite, and earth. It's rich and powerful on the palate, yet displays a beautiful elegance and purity of fruit as well as fine tannins. It's an impressive wine."

Vinous Media - "The 2016 Boutisse is magnificent. Striking aromatics and veins of saline minerality frame this absolutely exquisite, nuanced Saint-Émilion. Blood orange, mint, sage and floral notes add myriad shades of nuance to the red-toned fruit in a Saint-Émilion that pulses with energy and vibrancy. There is so much to like here. Alain Raynaud consults. Tasted two times." 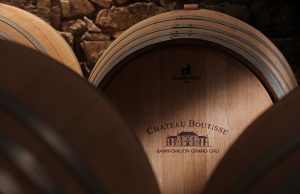 30 Bottles from Bordeaux You Should Buy Right Now

September 30, 2019 - Food & Wine contributor Brian Freedman's latest story, "30 Bottles from Bordeaux You Should Buy Right Now," focuses on wines from this prestigious region under $100. As wines from Bordeaux… 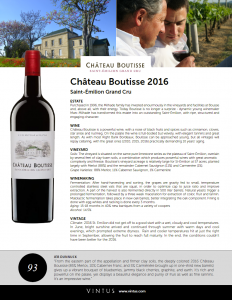 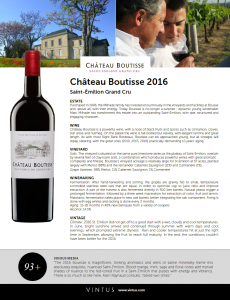 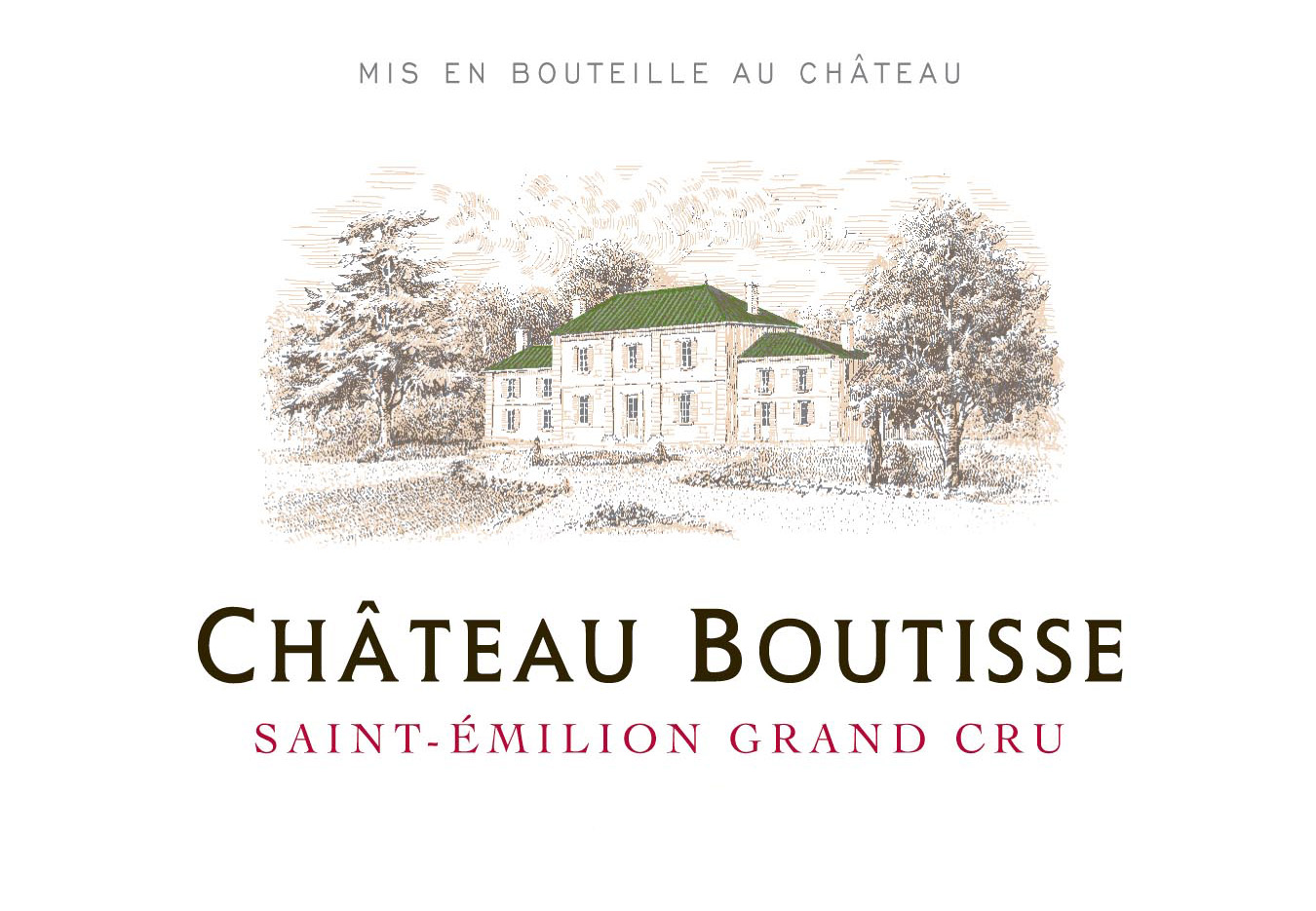 Chateau Recougne has produced wine for more than 400 years,and has been recognized for nearly as long for producing outstanding wine - its name is said to have come from King Henri IV in the early 17th century, in “recognition” of the quality of its wine. This wine offers pure Bordeaux unadulterated and pure.

The Milhade family has been landowners in Bordeaux for three generations and currently own six properties in the right bank regions of Saint-Émilion, Lussac- Saint-Émilion, Lalande-de-Pomerol, and Bordeaux Supérieur. Their wines represent both amazing value in Bordeaux and the beautiful results that can be achieved by small family estates focused on producing high quality wines. The wines are marked by wonderful, expressive fruit and retain an authenticity and soulfulness.

Château Moncabrier is a selection parcèllaire from the Milhade family’s estate, Château Recougne. This property has produced wine for more than 400 years, and has been recognized for nearly as long for producing outstanding wine - its name is said to have come from King Henri IV in the early 17th century, in “recognition” of the quality of its wine. The Milhade family purchased the property in the early 1950s, and Recougne has become their flagship estate, producing quintessential pure Bordeaux each vintage – classic “claret” in the best sense of the word. Moncabrier is a produced in the same manner as Recougne, but from younger vines and parcels giving more forward, fruity wines

Château Tour Bayard is a recent addition to the Milhade portfolio, coming into the family through marriage. This 25 acre property has been run by the Richard family since 1956, and is now regarded as one of the top estates in the appellation.