James Suckling has released his timely end-of-year “Top 100 Wines of 2019”  lists for France, Italy, and New Zealand. These lists serve to highlight exceptional estates that have produced wines that showcase their unique terroir and wine-making processes. Of the more than 25,000 wines rated from around the world, fourteen are proudly part of the VINTUS Portfolio.

Hailing from Italy, seven wines made the top 100 list. Masseto Toscana 2016 received a 2nd place ranking with a special introduction: “The fact that the Masseto Toscana 2016, another 100-pointer, is our runner-up Italian Wine of the Year 2019 is another statement. We want to honor this incredible pure Merlot for its consistently great quality and phenomenal following around the world. It puts the best of Italian wine at the same level as the great names of France including Latour, Margaux and Lafite-Rothschild. Masseto even sells a large percentage of its annual production to Bordeaux wine merchants, who then market the wine to customers around the world.” Luce Brunello di Montalcino 2016 received an equally impressive 6th place ranking. Not surprisingly Ornellaia’s flagship wine, Ornellaia Bolgheri Superior 2016, received a 36th place ranking. Note far behind, Le Macchiole’s Scrio 2016 earned an exciting 44th place ranking. The lovely family owned Sandrone’s Barolo Le Vigne 2015 proudly received a 57 place ranking. Lastly, two Petrolo wines, Galatrona 2017 and Boggina B 2017, received 59th and 91st rankings respectively.

From the New Zealand list, in an emerging and highly competitive market of producers who are committed to the highest standards of farming, Dog Point Vineyards had three wines featured. The Section 94 Sauvignon Blanc 2017 was ranked 36th, followed by the Marlborough Pinot Noir 2017 ranked 47th, and lastly the Marlborough Chardonnay 2017 ranked 50th.

To see the entire lists and to read more about these phenomenal wines, read the full article HERE.

First planted by the Romans 2,500 years ago, La Mouline is the oldest and most famous vineyard of Cote-Rotie, and Guigal’s single vineyard bottling of La Mouline in the 1960s set off a quality revolution throughout the Rhone Valley. The stunning amphitheater is the most complex plot in Cote-Rotie due to its extremely steep slopes with expositions in every direction. Of the three famous “LaLas” that Guigal produces and are the most collectible wines of the Rhone Valley, La Mouline was the first and is the only one on the Cote Blonde, and its signature is an unbelievable exoticism, an irresistibly and unique lifted floral, black fruit, earthy, spicy perfume, its coiled power always in balance, seemingly endless.

One of the three “LaLa” wines that Guigal produces and are the most collectible wines of the Rhone Valley, La Landonne is a remarkable expression of terroir. And for good reason, La Landonne is situated on one of the steepest vineyards of the Côte Brune, a 45 degree slope that remarkably requires harvesters to start picking from the bottom of the vineyard and work their way up, placing grape bunches in bins that are set on sleds and dragged up the hill. Along with its position at the northern end of the Côte Brune and the fact it is the last vineyard to ripen, La Landonne is the mirror of the feminine and voluptuous La Mouline: it is a wine of driving power, defined by its dark fruit and structure. The first vintage Guigal produced was in 1978, after being planted in 1975 at the time of Philippe Guigal’s birth.

From a wine of utter charm, La Fleur-Petrus has through the developments of the last 20 years become a wine of profound depth and complexity, all the while retaining its irresistible, seductive edge. You could even call it the archetype of  Pomerol.

Masseto is one of the most celebrated wines in the world. Coveted by international collectors and fine wine connoisseurs across the globe, Masseto constantly receives the highest accolades from the most prestigious wine critics in the world, and is a fixture in the international fine wine trade indices.

Luce Brunello is the winery’s tribute to Montalcino and the wine that emerged there in the second half of the 19th century to become one of Italy's crowning jewels in wine production. It is produced in a very small quantity to showcase the unique character of a pure Sangiovese from the Luce estate vineyards and pay tribute to the winemaking tradition of Montalcino.

Ornellaia is the estate's "Grand Vin," with exceptional balance, power, elegance, and great aging potential. It faithfully reflects, in every vintage, its nature, site, and distinctive Mediterranean personality.

Le Vigne is a wine created from four different Nebbiolo vineyards, each of which brings its own contribution. This union generates an exceptionally complex wine that is round and harmonious on the palate, with fruity and spicy notes, and this approach of blending together plots is in fact the traditional one in Barolo.

Year after year, Galatrona has quietly been recognized as one of the great wines of Italy and is often referred to as the Petrus of Tuscany. What it truly is, though, is beyond comparison - a wine of utter individuality reflective of the Petrolo estate and its unique location in an all but unknown appellation of Tuscany.

Bòggina B is a little bit of Burgundy with a Tuscan twist. The wine is made with 100% Trebbiano Toscano. The clone of the Valdarno has been known for its quality since the 1300s, when it was regularly sent to the popes in Rome and the courts of Florence. Petrolo has been using Trebbiano grapes for its sweet vinsanto for decades, but owner Luca Sanjust decided that the time had come for a tribute to the great whites of Valdarno’s past. The wine is made under the guidance of one of Burgundy’s greats, Mounir Souma of Lucien Le Moine.

Section 94 is widely regarded as the most distinctive and greatest Sauvignon Blanc being made in New Zealand today. James Healy and Ivan Sutherland were among the first to begin fermenting their Sauvignon in barrel with wild yeasts, a technique that along with the old vines they use, leads to a full-bodied wine that is less fruit-forward, more exotic, and has immense textural complexity.

Section 94 is widely regarded as the most distinctive and greatest Sauvignon Blanc being made in New Zealand today. James Healy and Ivan Sutherland were among the first to begin fermenting their Sauvignon in barrel with wild yeasts, a technique that along with the old vines they use, leads to a full-bodied wine that is less fruit-forward, more exotic, and has immense textural complexity.

Several influential voices in the wine industry believe that in time Chardonnay may prove New Zealand's single highest achievement. All three of the Dog Point wines fermented in barrel are small in production, but the Chardonnay is the smallest, and and times indeed the most dazzling.

Dog Point's renown as a Sauvignon Blanc producers has done nothing to lessen the enthusiasm around their Pinot Noir, today considered one of the finest in New Zealand. What sets their wine apart is the generosity of the structure, which comes off as rich but not sweet, and the complex mingling of fruit and savory notes. 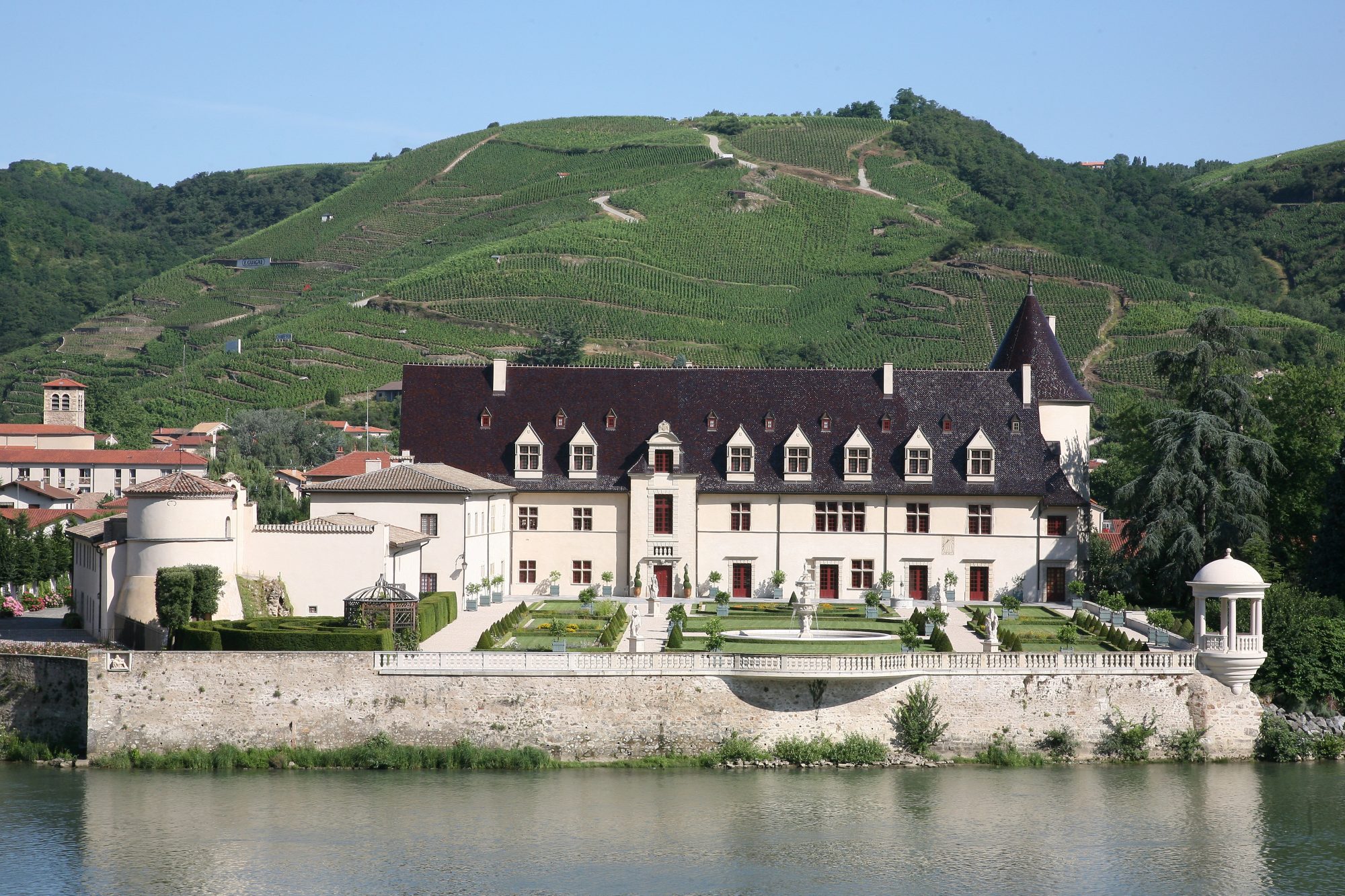 The more you learn about the Guigal family, the more astounding becomes their story.  Their wines are the benchmarks for every Rhone appellation, and over the last thirty years they have become arguably the most lauded producer in the world.  Year after year the Guigal family produces wines of exceptional quality that in all classes offer exceptional value. 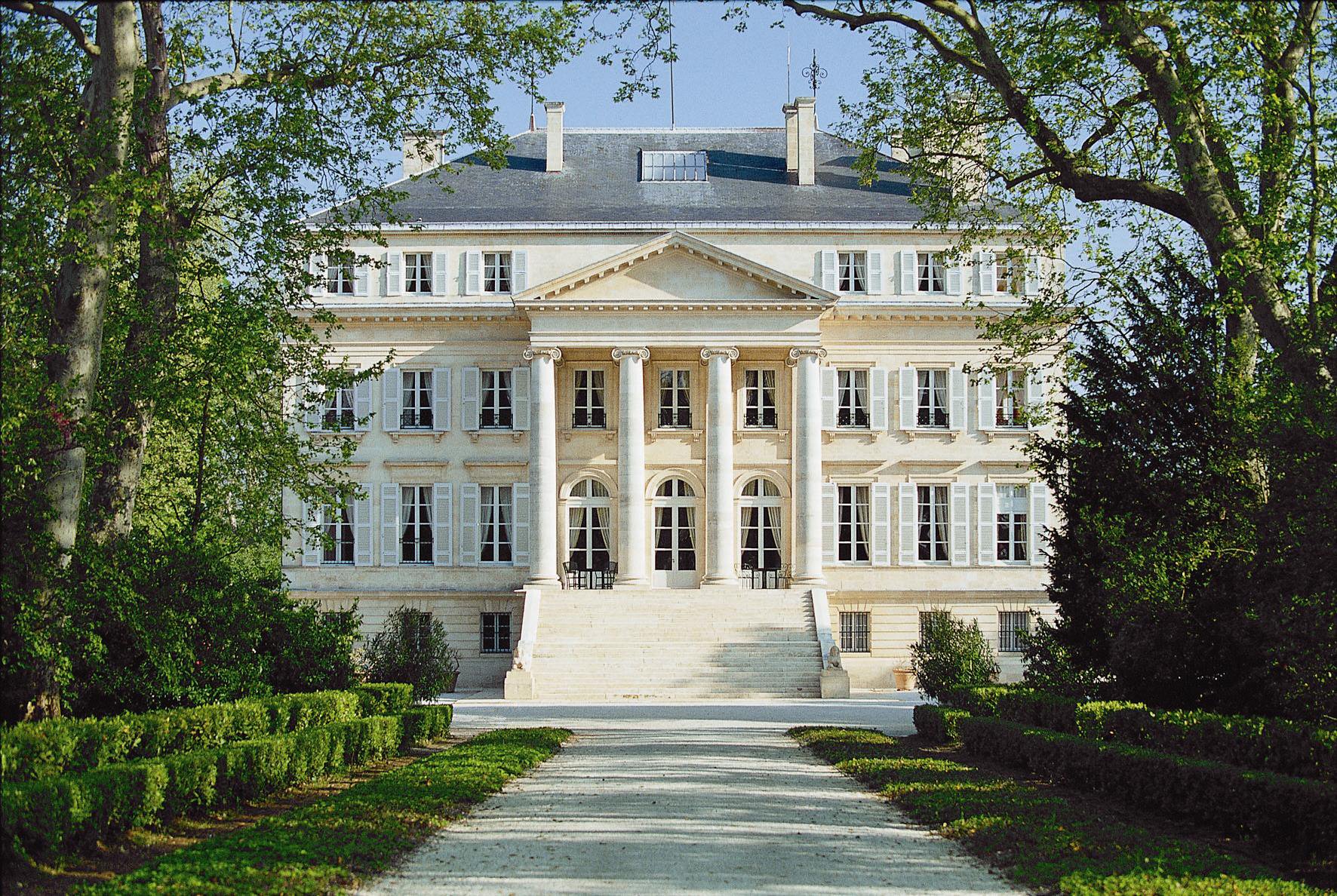 It is difficult to sum up in a few lines the long and splendid history of the estate. It was already known in the 12th century but there were not yet any vines. In the 16th century the estate anticipated the future development of the Médoc which was to start abandoning the cultivation of cereal crops in favor of vines, and Château Margaux became a high place in the art of growing and making wine.

Over the last 15 years La Fleur-Pétrus has become one of the most fascinating and, from a quality standpoint, extraordinary stories in Bordeaux. A wine borne of a great historic terroir, that through nurture and creativity has become something greater than perhaps could have been imagined, and a bright shining light of Pomerol. 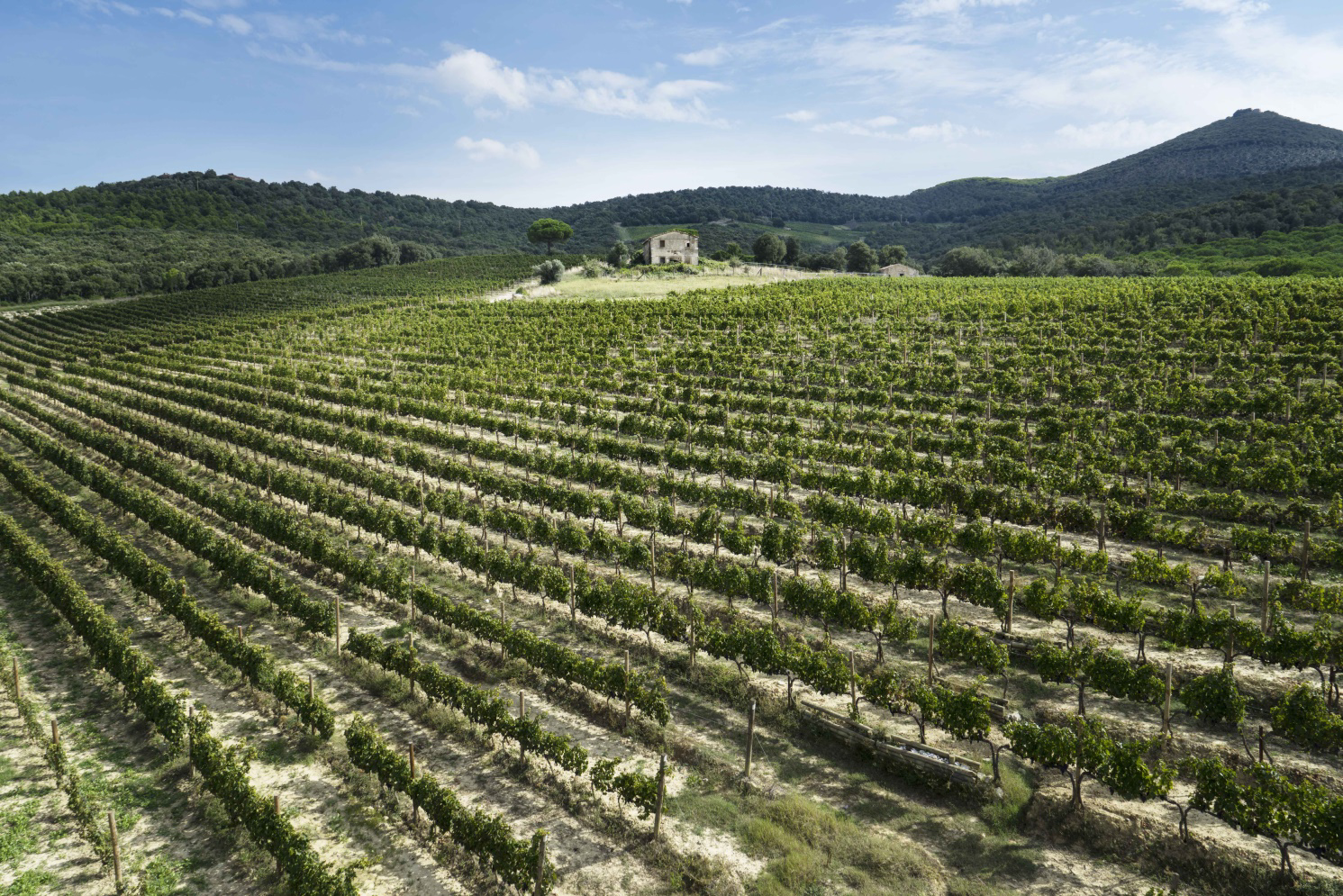 Masseto is one of the world's iconic wines. Coveted by international collectors and fine wine connoisseurs across the globe, Masseto constantly receives the highest accolades from the most prestigious wine critics in the world, and is a fixture in the international fine wine trade indexes. 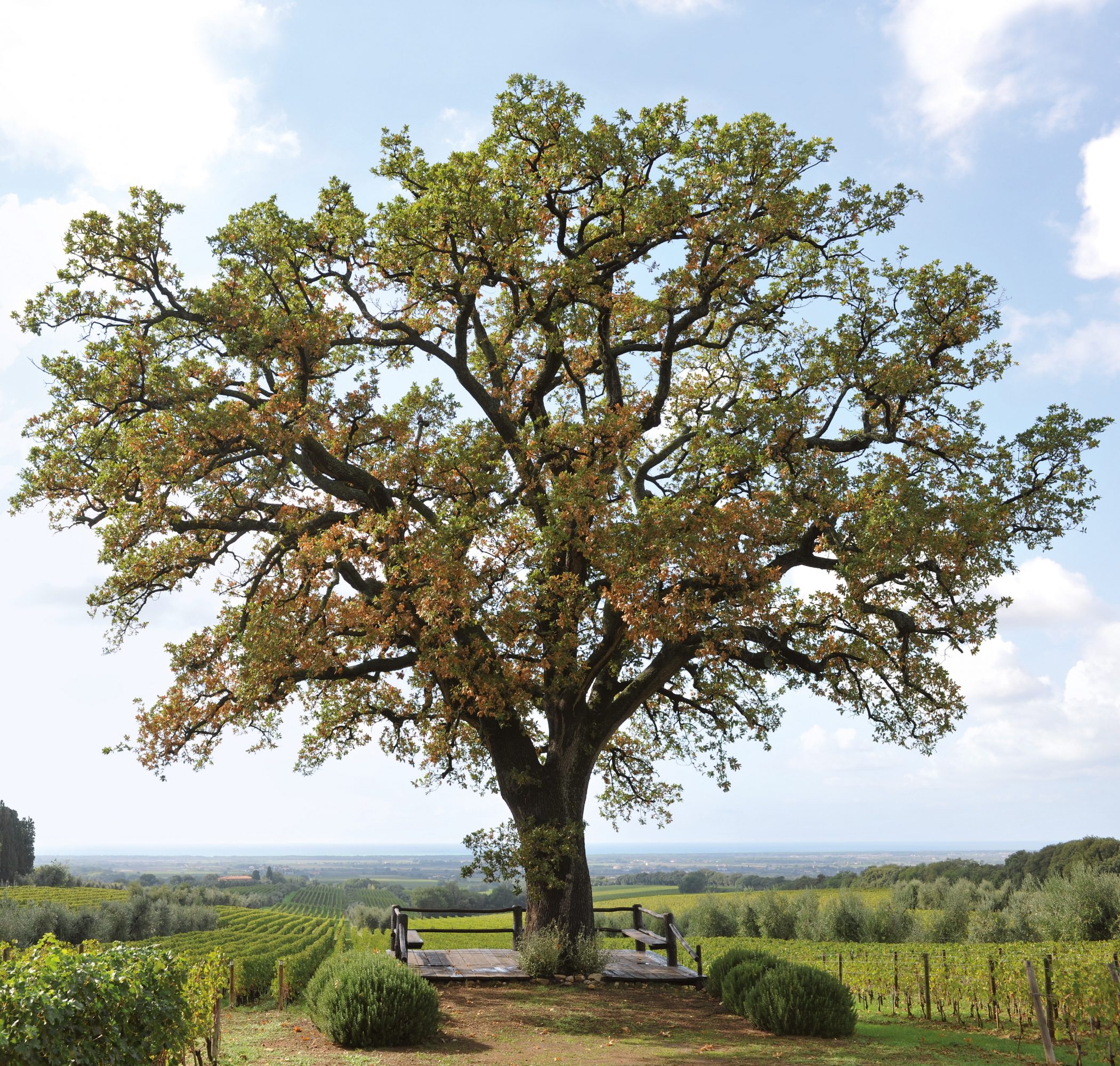 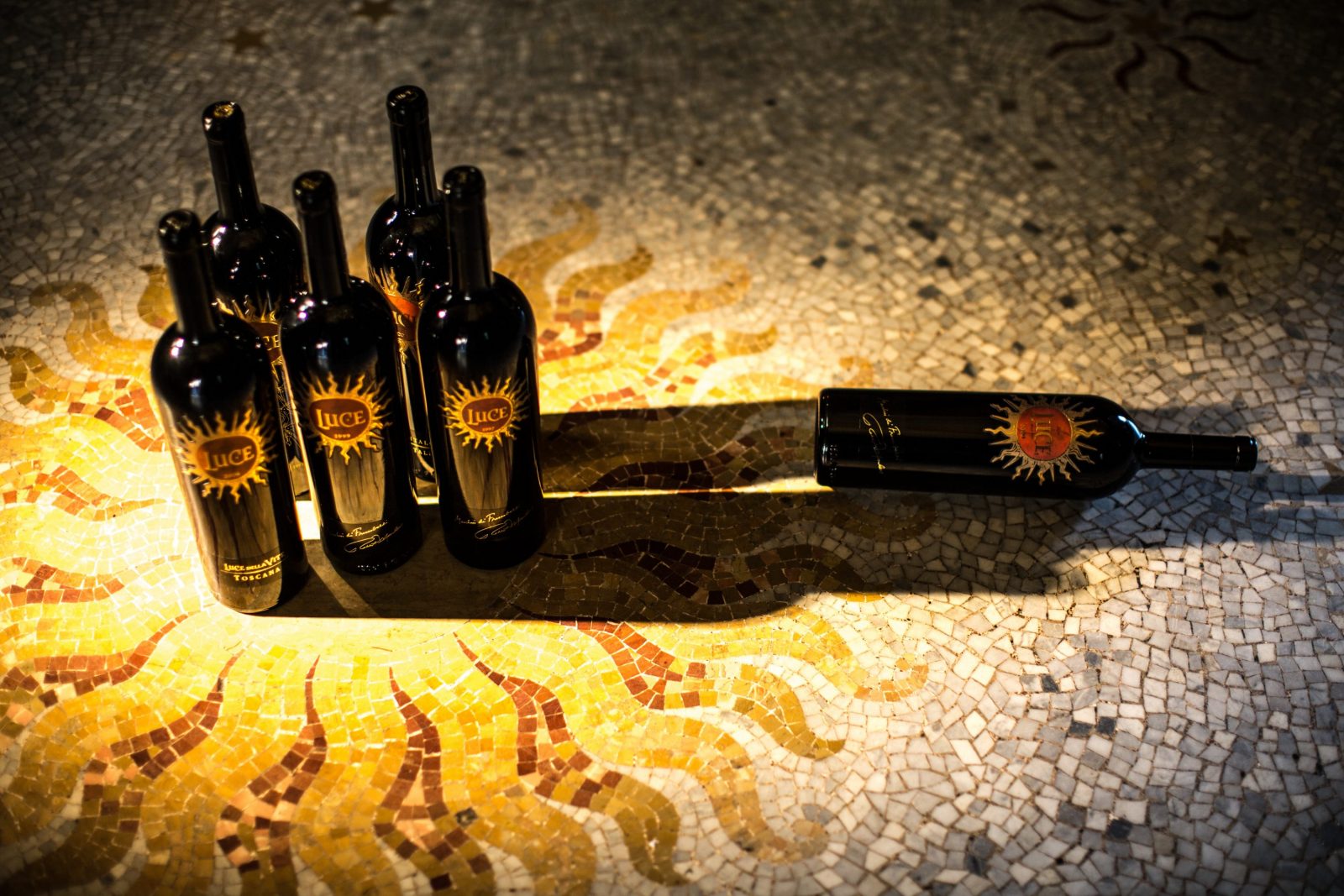 Today, Luce goes so much further than was originally envisioned when started as a project over 20 years ago. The estate now has some of the most exceptional vineyards in Montalcino and, as of 2018, a state of the art winery to nurture every step of the winemaking process. The original vision, however, remains the same: to produce a bold and ambitious Super Tuscan that reflects the culture of Montalcino. 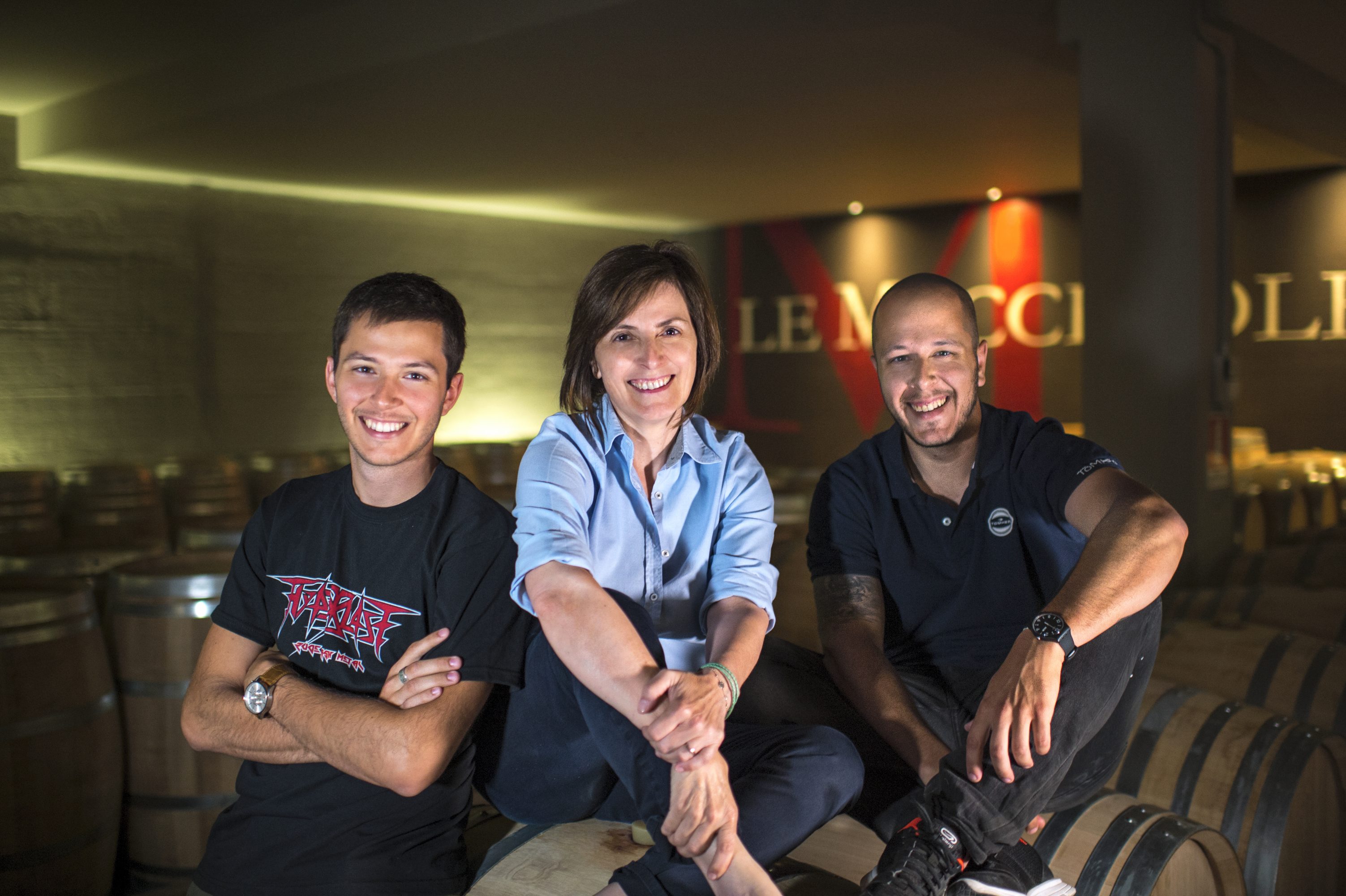 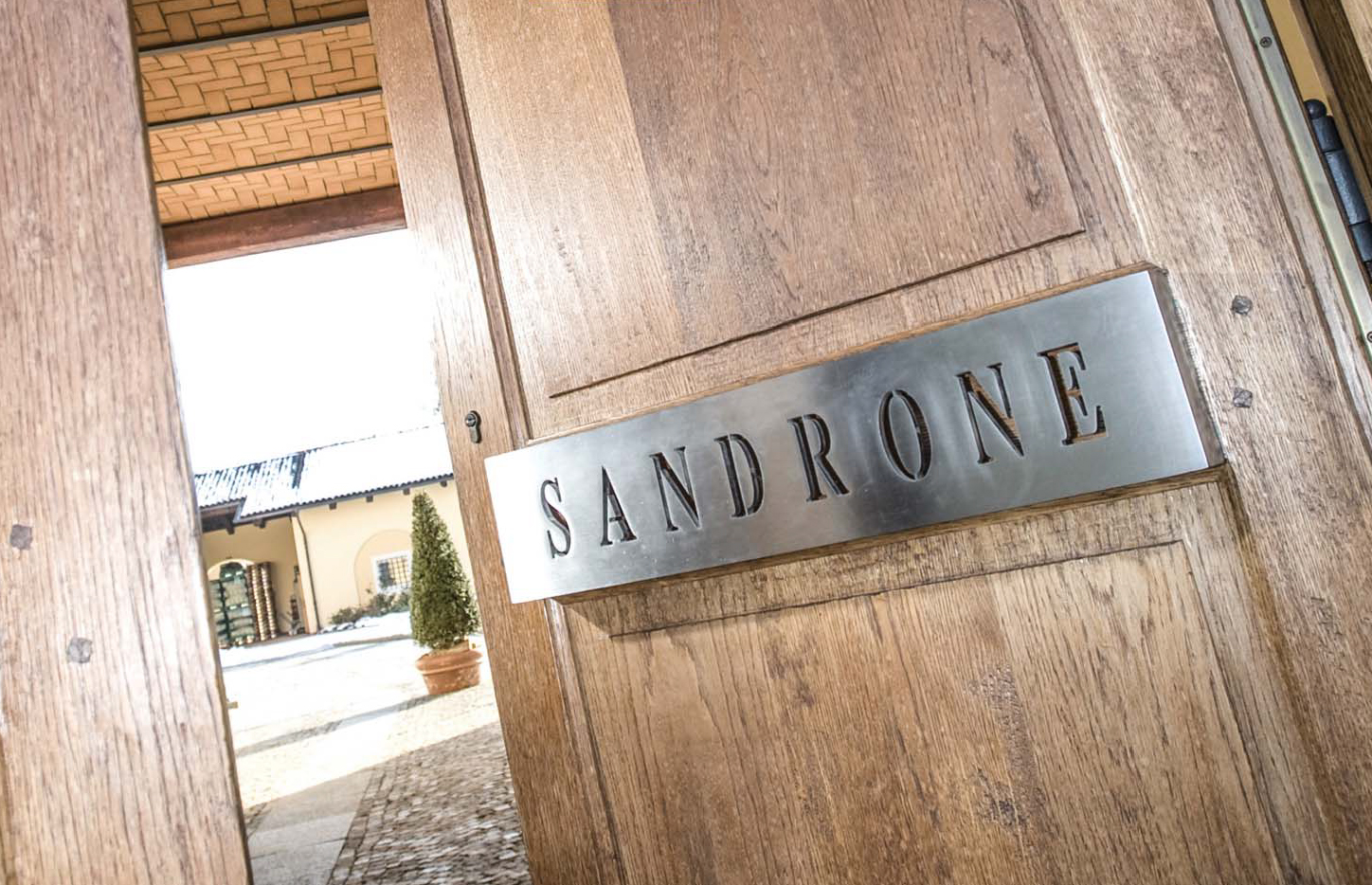 Luciano Sandrone is one of the most iconic producers in Barolo, and his story is an extraordinary one. In the bottle, Sandrone’s wines straddle the modern and traditional styles of the region: elegant, attractive and easy to appreciate right from their first years in bottle, but with no less power and structure over time than traditional Barolos. 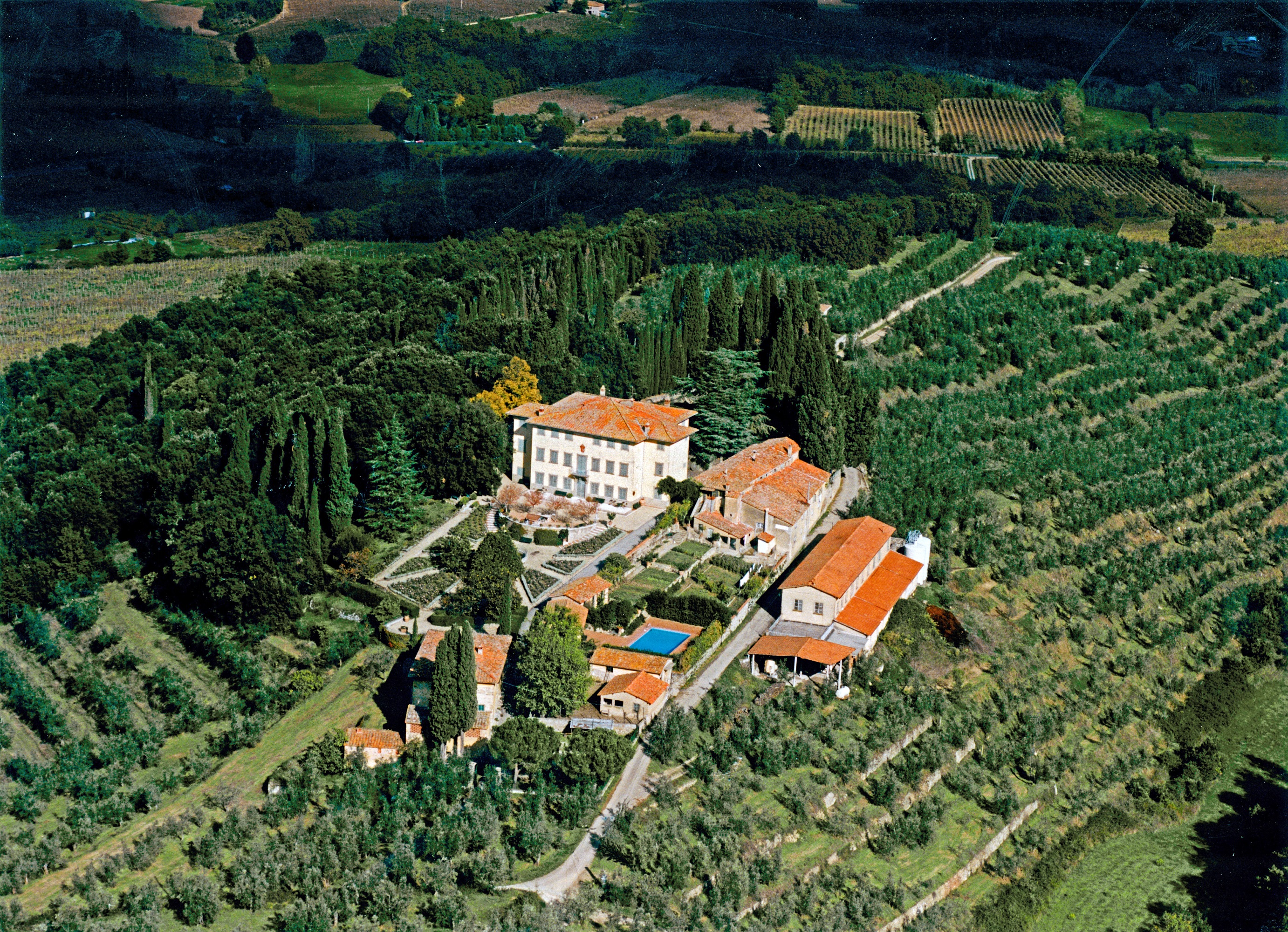 Petrolo is the definition of a cult winery, with an owner and a story that have helped create its legendary status. While the estate's benchmark wine, the Merlot cru Galatrona, deservedly receives fireworks in the press and is part of the history of Tuscany’s quality revolution in the late 1980s and 1990s, the winery's two other standouts, Torrione and Boggina, are an equally thrilling success - Sangiovese from a special and virtually unknown appellation bordering Chianti Classico that today produces wines of distinct regional identity. 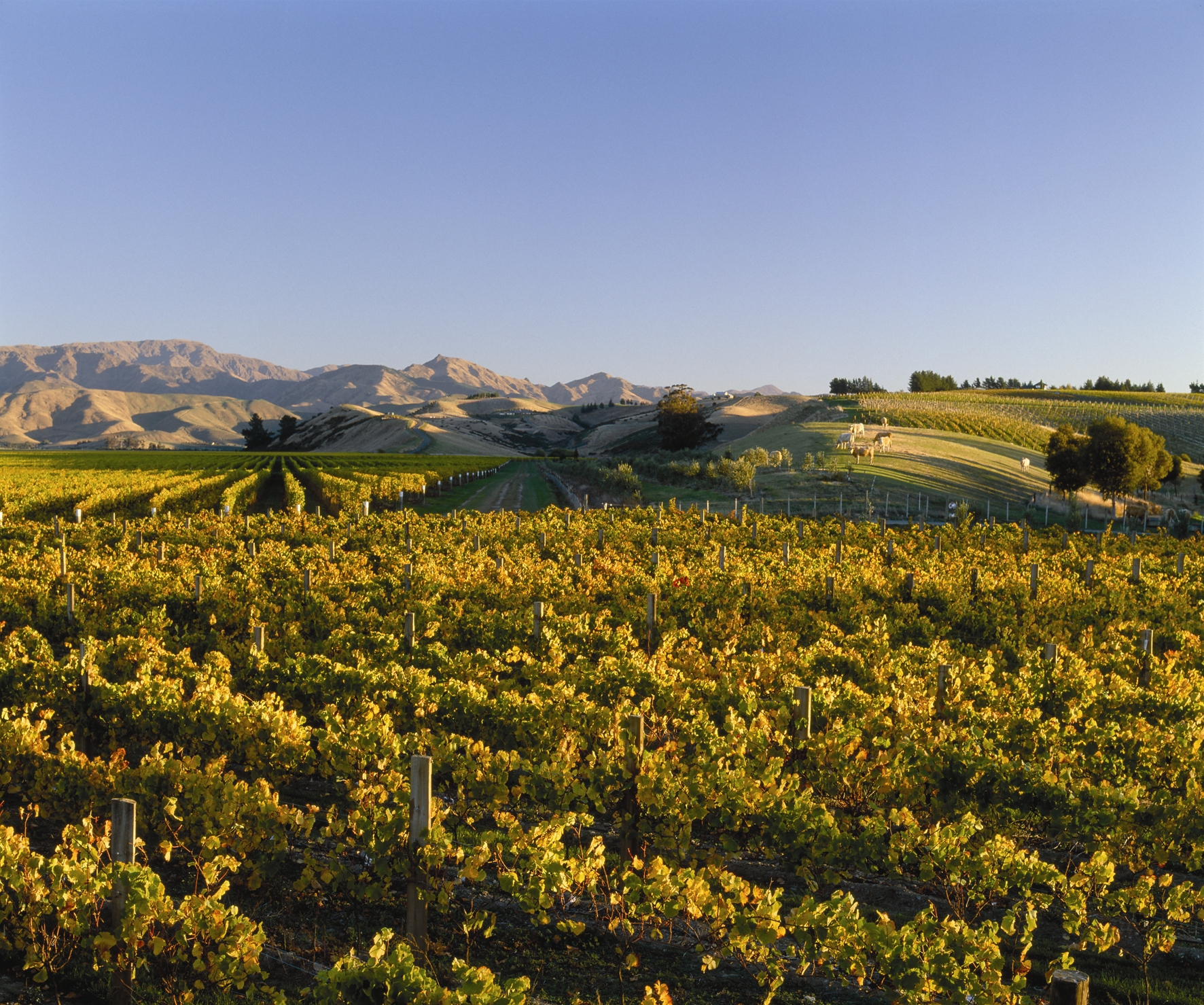 Almost since its inception, Dog Point  has been recognized as among the very top (arguably the very top) wine producers in New Zealand.  Their two very different Sauvignon Blancs, their Pinot Noir, and their Chardonnay are all wines of astounding quality and complexity not just in the context of New Zealand wines, but globally.